Short one this time. I heard a very intriguing Al Sharpton-like phrase, “Sacrifice is supposed to bring paradise”. Those of us unlucky enough to have already spent every last dime our parents had on college know this phrase is bullsh**! I’m not even going to register any facts when making this argument. Simply relying on what we all take as general knowledge will suffice. Perception beats reality every time.

Chairmen, CEOs, presidents, corporate executives, highly successful business owners, and automated entrepreneurs all make the most money and part-take in the chintziest of lifestyles. We all know that; we also know the working class “Joe” does the most work, yet takes home the least amount of money. You might ask yourself, “Self…how is it possible for people who do so little to get paid so much and the people who work so hard get paid so little?” That’s capitalism at work my friend.

Sacrifice Does Not Bring Paradise 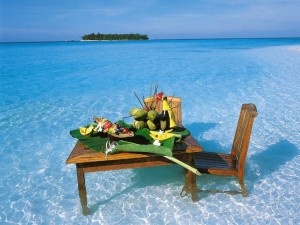 We have the idea that everything is supposed to be fair and everyone should have everything divided evenly, we might even say to spread the wealth. I hate to break it to you, that’s not capitalism…it’s communism. The latter is not all bad in concept, but it was cast out of most societies for a reason. It simply didn’t work!

The entire reason capitalism flourishes is because it works in the respect of creating an uneven system. Millionaires are created thanks to their ability to persuade others with money to give it over to them. It’s not by force, it’s by creating a value that cannot be done without. The system does what it’s supposed to. It may appear unfair, cold, rigid, and unmerciful…guess what…IT IS!

As strange as it sounds to hear that financial satiated citizens do the least amount of work and strapped, hard-working patrons do the most work, it’s true. Thus, we don’t have to work hard to become wealthy. All that must be done is an action performed consistently over time and watch your empire arise.