What’s going on SINFMers?! I hope you are up as early as I am writing this for you. If not, you might not want what you’ve been dreaming about bad enough. As indicated by the title, my focus this morning is the law of attraction. The phenomenon has recently been brought back to the forefront via the best-selling book ‘The Secret’ by Rhonda Byrne, but in truth, “the secret” is an ancient concept which has enabled many a human to get whatever they desire by thinking about it.

The Law Of Attraction And Our Negative Attitudes 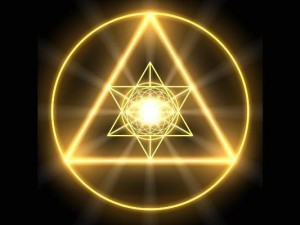 Mr. Earl Nightingale put it best when he said, “A man is what he thinks about…most of the time”. This is translated in ‘The Secret’ book as, “A man (or woman) will get what he thinks about most of the time”. Notice the context changed from us humans to material wants. It’s usually not a good thing when the spotlight is taken off humans in general. Take a look at our healthcare system. When it was about us, we were happier, healthier, and doctors actually cared. Now it’s a business where your health is a far second to “corporate health’s” bottom line.

According to this intriguing law, what ever we hold in our minds on a consistent basis is what will come to us. Now, we tend to want to believe this for the positive stuff  like making money, having great health, and living an awesome life. On the flip side, when it comes to the bad things, we tend to want to drop “the secret” all together. The negative side is just as powerful as the positive, if not moreso. If you say you are bad at math every time you have to do it, it’s amazing how you fulfill this prophecy with effortless precision. When we keep worrying about bills and the lack of funds we are saddled with, like magic, it seems to persist in our lives. Coincidence…I think not!

I have to say, when I had negative thoughts about money, how life sucked, and cursing those around me for being successful, my reality became more negative by an order of magnitude. It works! Some hardcore theorist of the secret even believe that some of the atrocities in our history were brought on by mass negative thinking. Things like the Holocaust and the bombing of Hiroshima.

I DON’T believe the hard-core law-of-attraction believers are saying the Jewish contingent  involved in the Holocaust deserved to die. I believe what they are trying to get at is the fear instilled by the German armies and the feeling of impending death harbored such a nugatory sentiment, a horrible outcome was the only outcome that was possible. This is only my synopsis of what I think they mean, you can read their books for yourself. 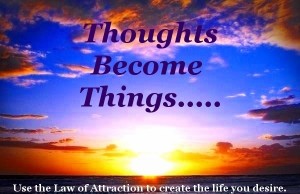 The same parallels can be made for the people of Hiroshima and Nagasaki, who were bombed by the United States in 1945. I appears  pessimistic thought ultimately leads to bad outcomes. When we think ill of our jobs, do they not get worse? When we think horrid thoughts about our children, do they not end up in trouble? When we project evil thoughts onto others, don’t the same things seem to happen to us? This usually works more potently with negative thoughts because negative thoughts are usually charged with emotion. This is one of the keys to the secret: Emotion creates a more powerful, swift response.

Our positive thoughts are often something we heard as a cliche, or read in a motivational book. Thus, they tend not to have real power according to the law of attraction. So add that same fire to your affirmative thoughts and watch what happens. Remember…thoughts are things.