Oh wee! If you haven’t seen a movie titled ‘What’s Love Got To Do With It’ starring Angela Bassett as Tina Turner, then you might have missed one of the greatest stories to develop in music history. I warn you though, if you are in an abusive relationship, don’t watch it. It may unintentionally trigger your PTSD (post traumatic stress disorder). It’s a hell of a story where one of the greatest female musicians of all-time was being trapped under the thumb and a drug-sniffing, jealous, f*ck-anything-with-a-dress-on, paranoid, limited-talent punk named Ike Turner. 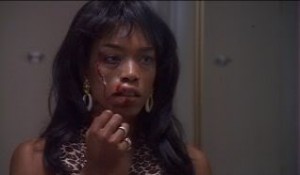 Ike turned out to be just like any other abusive husband…nice, respectful, talented, making money, and a bag full of charisma…for a while. Yet, that all changes one day in the relationship when Tina least expected it. The first hit! She thought, “It’s got to be all the pressure of being a musician. The tour schedule, the album releases, and I might have missed a note or two. It’s partly my fault”. How about that, someone kicks your ass and it’s your fault? Hold on cream cheese!

Overlay this scenario on your own situation and going to college, there aren’t many differences. Our parents are the “Ike’s” and we play the role of “Tina the victim”. They are all nice and respectful of our wishes and desires at first, then when we utter the wrong words, “Mom, Dad, I don’t think I want to go to college”, all hell breaks loose. The first hand across your face, “I’ve been saving up all this time for you to go to college, and now you’re not going?! Over my dead body. You ARE going to college. After you graduate, then we can talk!” Wow, we didn’t know Mom and Dad could be so rough and violent. I think I’d rather have the real Ike slap me around a little bit. LOL

Here’s the difference we should be taking advantage of: Ike was holding Tina prisoner and had beaten her so badly she was afraid to attempt to leave. Our parents have this same power over us, that is, until we become 18 years old. At this magic age, our legal rights kick in and we are considered adults. We no longer have to listen to another command our parents give, nor live in their house (be prepared to do this if you decide to go your own way). The earlier we leave the house, the earlier we become independent men or women.

Mom and Dad may huff, puff, and swell up their chests but they’ll always love and respect us, no matter what opinions they hold. One day in the back of a hot limousine, Tina Turner had to fight back! She and Ike had an all-out brawl in the back of the black, stretch, mobile cage of death! She won! She’d taken her freedom from Ike and would never look back. We can be heroes in this respect as well. So, how do we fight back?

Us: “Mom, Dad, college is not a path I’m happy following. I’ve decided to aggressively pursue my career in (insert your passion here), and it’s what I’m willing to work toward for the next 5 years. Here is my 5-year plan and my steps to execute it starting today”. [This shows that you’ve thought hard about this and are not just saying it because you don’t want to go to college.]

Parents: “This is unacceptable! We’ve put aside money in your college fund for over 20 years, and now you are telling us you’re not going?!”

Us: “Yes. That is exactly what I’m saying. However, the money you saved is not wasted however. I’m asking you to allow me half the money to invest in myself and my 5-year plan, like I would have done in college, and you and Mom keep the other half for retirement or to travel to the places you’ve always wanted to go”. [Refer back to your 5-year plan and notice how you’ve considered Mom and Dad in your decisions.]

Parents: “If this is what you really want, we won’t force you to go, but why did you wait until now to tell us this isn’t what you wanted to do?”

Us: “I didn’t know until last week and after doing some research, I thought this would be a bad idea for me”. [Your parents will be shocked that YOU did research about your future. This is a very impressive habit to anyone.]

Parents: “I like your effort and preparation, so tell you what, we’ll give you half the money and take you up on your suggestion. Your Mother and I have always wanted to travel, but didn’t think we could afford it. I’m still not sure about this, but if you are, then we’ll give it a go.” [Being considerate of others often gets us  what we want.] 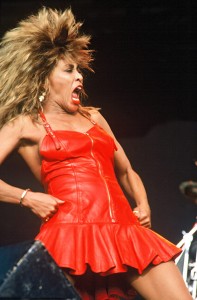 Parents: “I don’t give a dam what you think you know, I am not willing to let you throw your life away on some scheme you think will work! Now you are not going to lay around here on my couch, eat my food, and do nothing, so it’s college or move out! [Dam, they are pissed! LOL Let them be mad. You may have to move out and live with some friends for a while, but it’s far better than putting yourself in a massive hole of debt that will follow your every decision for the rest of your life.]

Us: “I might have had some things I’ve not followed through on in the past, but I’m willing to take this chance and even had a professional (could be a smart friend) draft my 5-year plan just for me. Look at it! It’s well-prepared, error-free, and ready for me to act on it…NOW. If you don’t want to give me the money to invest in me, I understand. However, the whole reason you saved this money was to get an education. Well, it’s the same thing Mom and Dad, but who said education had to come from a college?!”

Parents: “Your Mom and I don’t think you’re taking this thing seriously. College is the key to a better life for you. Why can’t you understand that?”

Us: “No offense, but I don’t want the same things you and Mom have. That’s the only difference and that’s why I have to stick with my decision”. [Sticking to your guns is always admirable in a confrontational situation. Nonetheless, if you give one point away against your cause, pack it up. You’ve lost. Practice what you are going to say with friends and keep it up until there is not one question or concern your parents can bring up that you can’t answer with a strong, logical comeback.]

ONE OF TWO THINGS WILL HAPPEN:

Parents: “Ok…we’re going to give you half the money on our belief in you and the way we raised you, but DON’T make us regret that we gave you this money. Got it?!”

Us: “Got it! Thank you, Mom and Dad for allowing me to follow my own dream!”

Parents: “We can’t do that. Obviously, we believe you want to do this thing, but we can’t allow you to do it with our money. Good luck to you. You can stay here for one year, then you have to live somewhere else. Good luck”.

Us: “I love you always, and thank you for listening to me. I am still going to do this and I hope, at least, I have your emotional support.”

No matter what happens, stick to what you believe in! There will be times when it seems like it will never work, but read up on some of your industry heroes and you’ll see they went through the same thing…and won! Look at me, I’m a college instructor telling students not to go to college. What a set of balls that takes! LOL