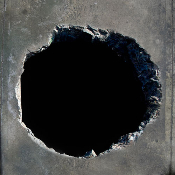 Eric was stricken with panic. His fear stood at the height of attention as he approached the final moments before his daring attempt. Sweat poured from his wrinkled forehead as the room stood in stark silence. The man who lay lifeless in the very same small, rancid room as Eric would have nothing to do with this. Eric was alone. He could feel his heart skip as the deadline for his bold deed grew closer. The cloth adorning his back increased in warmth and the very pupils he used to see reduced to the size of needle tips. His mind finally said, “Go!”. Nothing happened. Again, his mind screamed, “Move!”. Not a motion. One last time, Eric’s brain announced, “Now!”. At last, the mission began.

The hole was hidden directly underneath the same bunk where Eric laid his head so many insomnia-induced nights. As quietly as a morner at a grave site, Eric slipped into the cold, stiffening darkness of the sub-earth to what he hoped would be freedom on the other side. The drop in temperature made Eric think only slightly about turning around, but what would the alternative bring? Forward is it then. There was no light, but there was only one way, so Eric decided to follow the dingy path that he knew so well in day light. He’d calculated everything to workout perfectly. When the correctional officers realized he had departed, he would be a ghost to the system. 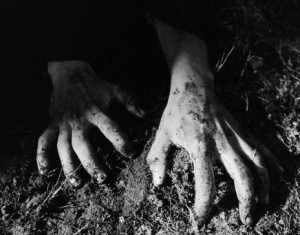 After 5 hours of breathing putrid fumes and dust-laden air, Eric emerged on the other side of the Earth. His taste buds could discern the promise of freedom. Nonetheless, Eric’s eyes proved a truth…he had not cleared the boundary of the outer wall. He had come up 10 feet short! There was no time to accommodate for this humongous error. No more digging could be accomplished, so Eric acted in the most desperate of ways. He scrambled around the yard, almost oblivious to the fact that the tower spotlights could seize his freedom if they were to find his shadow. There was only one exit left to check in the silver, monstrous, chain-linked fence. Once Eric reached it, it too was locked down. DAM! 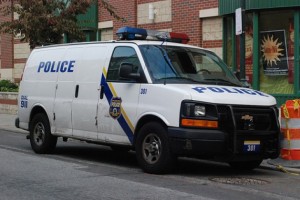 Just as Eric resigned himself to the fact that he’d just added 15 years to his sentence, he locked eyes with a huge guard. The confronting officer had the build of a pro linebacker, and the speed of a collegiate running back. There was no way to win this one even if he could somehow get through the gate. Eric dropped to his knees, put his hands behind his head, and waited for the judgement of his soul. He looked up one last time at the prison watchdog, who was holding his finger over his mouth, signaling Eric to be quiet. He unlocked the gate, forcefully grabbed Eric by the arm, and within 7 seconds, Eric was in the back of a truck headed to the “outside”.

How? Why? Who? This whole venture had rendered Eric a lifeless, inanimate mass of flesh. He collapsed in exhaustion in the back of the speeding van. Ten hours later, Eric awoke to a cracked van door and “Officer Angel” was no where to be found. With help, Eric had made it.

HOW? Sometime helps comes from the most unlikely places.

WHY? Your job is not to ask why. Your job is to accept what has happened and adapt accordingly. Your need to know why could put you back in the very place that was restraining you.

WHO? Well, the quick-footed, menacing savior of “Eric” is me (metaphorically). I’m currently an agent of the system, helping young and old life travelers alike to avoid coming to my prison. I use “prison” as a metaphor for school (high school or college). Going undetected in the system is not my aim, it’s to boldly deliver to you another choice for your life instead of what Tim Ferris calls “The deferred life plan”.

WHO? The prison escapee, “Eric” represents you. Worry not about your past, there is nothing that can be done. Simply accept help as it’s offered. Unlike your educational system, it comes with no cost. Only benefit…to you.

When schools tell kids they are destined to work menial jobs because of grades, I can’t live with that. Especially if I can do something about it. Students are not numbers, and they are definitely not the most useless of the numbers we call grades. A’s and F’s are simply letters in the alphabet, and if you place importance on them, you are now playing a game you do not want to win.

Change your thinking, change your life. Most jobs cannot deliver big homes, exotic cars, or luxury vacations (if that’s what you want). Time freedom is impossible to have with only 2 weeks of vacation every year. In this sliver of your existence, life must be TAKEN!