Those of us who are self-admittedly gullible continue to fall for the George Walker Bush fear tactics that gripped the American people after 9/11 who, at the time, believed that terrorists were lurking around every corner. That quickly lost it’s effectiveness when people were informed that Bin Laden’s cohorts were conveniently escorted out of the country by the United States government. Go figure! 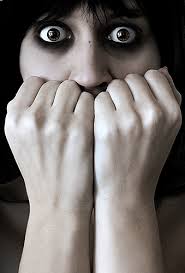 I’d be more forgiving of others in society if they fell for the old “Nigerian Lottery Scam”, but being had by the college-will-get-you-hired-and-guarantee-a-great-future bullsh*t is just plain stupid. Dumb comments are abound from the big-mouthed jagoffs on television. They spew idiotic, fabricated phrases like, “A college degree is the new high school diploma”, “If students don’t make it through college, their life is over”, “With only a high school education, the average person will make $1,000,000 less over their lifetime than someone with a college degree”.

All lies and conjecture my friends! I actually do see why they say these things. It’s been proven that fear works on large groups of people more effectively than it does as an individual. We’ve been trained since birth to obey, and our government (and now universities) simply take advantage of that.

Developing humans have learned if they get a job, they are successful. If they rack themselves with debt, they’ll be ok because the millions of people who preceded us did the same thing, so there’s nothing wrong with it. Our minds have been injected with the belief that if we stray from the most-traveled path, we’ll die for not knowing the way. The common thinking since we were violently pushed from the womb is we the people must be led because we are incapable of making sound decisions on our own.

Are you man or woman enough to break convention and lead your own life against the will and wishes of Mom and Dad? Do you have the balls to walk in the opposite direction of everyone else who’s followed the same path for centuries? Do you have the gumption to stand up and possibly die for the beliefs you hold?