Out of nowhere, Tommy gets a call. The voice on the other end of the line says, “You’ve been made”. Tommy is now over the moon with excitement. In a terrible cop show, that would be something else, but in this case, it’s a really good thing.

Tommy now realizes he can’t be touched. No one can cross him or they “go away”. No one is allowed to attack or try to take him out without the “say-so” of a boss. For Tommy, it’s a new world. The next day, Tommy gets dressed to the nines. Ready for the start of a new life in his underworld. One without limits, one where he will be a king among kings.

Two of Tommy’s best compadres pick him up early in the A.M. to shuttle him off to his celebration in the cleanest black sedan he’s ever seen. As Tommy exits the magnificent vehicle, his two buddies congratulate him again on his rise to power. They walk into a room where family were to await Tommy on his special day.

Alas, it was not to be. Tommy walked into an empty room, and in that second he realized this was not a celebration at all, but his funeral. The two men Tommy knew since they were kids were not here to graduate him to an untouchable among made men, they were present as his demons of death. Upon the perception he was a about to be “clipped”, Tommy begins to turn around to fight back. However, it’s far too late. On the first flinch, Tommy feels the acute burning seer of a bullet penetrating his brain. It’s over, no celebration, no party, just blood.

That was a scene in the movie “GoodFellas”, where Joe Pesci is “Tommy” and is murdered for earlier, killing a made man (Billy Bats). This is not to entertain you, but to illustrate crisply how our children’s minds are being assassinated by school systems filled with bureaucrats and lackies. Our kids don’t have a chance. When we are young, you are bred to take orders from our parents. That is our initial hazing when we are “broken”, and now, don’t question authority as much. The system is already in place. 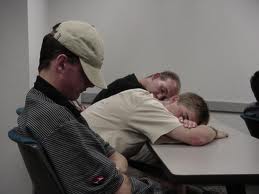 Consequently, this happens again when you enter school. I always wondered (as you may have), why are there so many levels and grades of school? Is every human being so similar that all of them need to be prodded through 12 years of grade school, middle school, and high school. Let’s not mention college, that whole other beast of immorality.

For now, let’s talk about “the set up”. The longer we are exposed to school, the more the rules are enforced and the more often you are rewarded for being “good” and not daring the question the system. This fabricates a belief in us that says if we challenge “figures of authority”, we will face dire consequence: possessions taken away, jail time, even death. Ask anyone who has been in the back of a squad car about that last one. On the other hand, if we obey the system’s agenda, our recompense is small. We get to live, keep our worthless stuff, and are allowed to pay more bills. Thank you, master. Thank you.

My thought/saying/feeling on this is more like F*** YOU, BUREAUCRATS…F*** YOU! I’ve been through your high school and college admissions system. I let you put a number on me, but I’ll be damned if I let you “chip” my kids. Poverty was never enough to keep ME down! Rules are never enforced enough for ME to follow!

Finally, my spirit is too BIG for you to break, so stop trying! I only emphasize “me” here because I can’t speak for anyone else. Some of the populace likes the system, and even fight to protect it. They maintain that right. I’m not a politician. I won’t force my beliefs on anyone. The fact is, I’ve been set up just like Tommy, BUT the difference is, I knew about the hit before I walked into the empty room, and my real friends were waiting on the gunmen when they thought they were waiting on me.

Bob Proctor said, “Most people tip-toe through life trying to make it safely to death”.

Is that all you want is to exist until you die, or do you want to live until you enter your light?