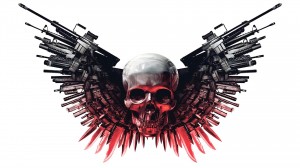 Administrators, otherwise known as ‘The Expendables’. We know who the administrators are, our presidents, deans, principals, faculty coordinators, associate directors, chairmen, CEOs, etc. Anyone who is above the level of an instructor, professor, or teacher at your school is an “admin”. These are the “important people” on your campus. Often they are very difficult to reach on the phone, have a secretary as a watchdog outside their door, and trying to get an appointment with a top-level administrator is like trying to get an autograph from Paul McCartney at a Beetles concert. Insane!

Agents Of The System: Administrators, Otherwise Known As ‘The Expendables’

If you don’t know about Sylvester Stalone’s last successful franchise, it’s called “The Expendables”. The premise of these cavalier flicks is a band of bent, psychotic, trained killers (with a heightened moral compass) assemble to carry out missions crucial to national security, however, their lives are expendable…and they know this! In the movies, these men are heroic bad-asses who get off on ending the lives of bad guys. Sometimes, they argue. Other times, they fight with each other. Nonetheless, when it’s time to get the job done, they rise to the occasion.

Like ‘The Expendables’, administrators are a bunch of jag-offs who like to get together to fight amongst each other and could be taken out without losing much headway. This is where the similarities end though. There is no heroic aspect to administrators, they are not conduits of impressive skill who can save the day. Just a bunch of jack-holes in suits trying their best to look important and enforce the lame rules they invented to keep our lives progressing toward those in 1965.

These are people with an ordinary 9-to-5 job just like the rest of us and having young, impressionable minds looking up to them doesn’t add any motivation to their everyday attitude.  Most administrators seem to have the same attitude towards those young, eager minds as an angry postal worker who’s been in a hot truck for 12 hours delivering mail…unapproachable and ready to snap!

From my experience, I’ve found most administrators to be self-important a**holes who believe the only reason the sun rises is to shine on their asses and no one else’s. Have you had this experience? Administrators have short office hours, they are only at school while we are in class, and they avoid their offices like the US government has a missile locked onto its position. How can we get anything done when we can’t get to the people who make decisions?

The Role Of Adminstrators 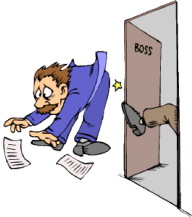 I know you are expecting an educated, well-thought-out argument as to the function of an administrator. Nope! I believe they are greedy, self-aggrandizing knobs who would be better served working the grill at SuperMex. Their importance to  your education is about as important as using your credit card to pay a Vegas streetwalker. Cash only please! LOL

You don’t have to believe anything I say. Go to Youtube (or your favorite video site) and type in “college is a scam”. It’ll lead you to all kinds of rants, arguments, and disgusted citizens who want their money back. You’ll find out how rigid and unaccommodating the system really is with respect to your administrators. If you’ve been to college, you already know!

Toodles. (I heard an older white woman say that and thought I’d give it a try)